Excerpt of the title story from Jan Krasnowolski’s collection “Afrykańska elektronika” published in Poland by Korporacja Ha!Art in 2013.

Tombuko Ubijee — that’s what the geezer standing next to me on the factory production line is called. Tom, for short, that’s what everybody calls him. Tom says he was born in Ghana, but he came to England with his parents when he was four, so he doesn’t remember his country at all. What he does remember very well is south London. That’s where he grew up. He remembers notorious Brixton, gang wars, clashes with the police and lots of other stuff too. Tom never says what he did before then. It must have been something he can’t brag about. Only once did he mention some trouble he’d got himself into, on the wrong side of the wrong crowd — in short, he’d made enemies. He says that when several black brothers set their sights on him, he decided to avoid his cousin’s fate. The cousin ended up in the municipal morgue with a bullet in his head. So, to avoid the same sort of end, one day Tom packs his things, hops on a National Express coach and flees London. He closes that chapter of his life once and for all and starts anew. He comes to a town he’s never been to before and finds himself a job, which happens to be on a production line in a perfume factory. In Tom’s opinion a perfume factory is a shitty place to work, but at least it smells better than a morgue. That’s what he says. It should be mentioned that he is a bright guy and has a fine sense of humour. And he learns fast. Tom knows plenty of words in Polish already. He can say ‘Hi, buddy’, ‘How are you’, ‘Kiss my ass’ or ‘You’re beautiful, I’m in love with you’.

Tom thinks Poles are alright. I have no idea how to explain to him that this is not always the case. Some are complete and utter pricks. For example, Grzesiek of the shredder. The shredder is this huge machine that cuts and compresses rubbish. Every day Grzesiek goes round the factory, empties the containers, sorts the rubbish and then chucks it into this monster of his, which grinds everything to a pulp. Huge steel teeth gnash the rubbish into tiny little pieces and then squash the pulp into a cube. Grzesiek is this ginger, moustachioed clever dick from the ass-end of Poland. Very full of himself — always going on about where hasn’t he been, what hasn’t he seen! And the truth is that when still in Poland, he barely visited the neighbouring county, not to mention the mountains or the coast. And he’s in England now! Allegedly his family took a long time to decide which son should go out into the world and send money back home so that they could repair the roof of their shack and perhaps even build a new barn. In the end they chose the eldest, Grzesiek. The story goes that he didn’t want to go at all and his father had to whack Grzesiek’s hands with a whippletree for the boy to consent but, once he got a taste of the big wide world, he wouldn’t even think of going back. Why would he? He’s quite happy here. He has a job and a roof over his head. Why would he give a fuck about the rest? It’s been three years since he came here and still not a word of English out of him. Why would he fill his head with such a load of foreign bollocks? One day he will go back to his country and he will forget everything right away, so why waste time learning? After all, if you live in England you don’t need to know the local lingo to get by. There are Poles wherever you turn. People say that soon everybody in England will be able to speak Polish. Even now when you call an office or a bank, they have Polish consultants there. You do your shopping in a supermarket and the Asian bloke from the corner shop, where they sell Polish beer, has already learned some Polish. How else would he get by with customers like Grzesiek? And if a Brit wants something in return, then you say that you don’t understand and they leave you alone — that’s Grzesiek’s philosophy in a nutshell. 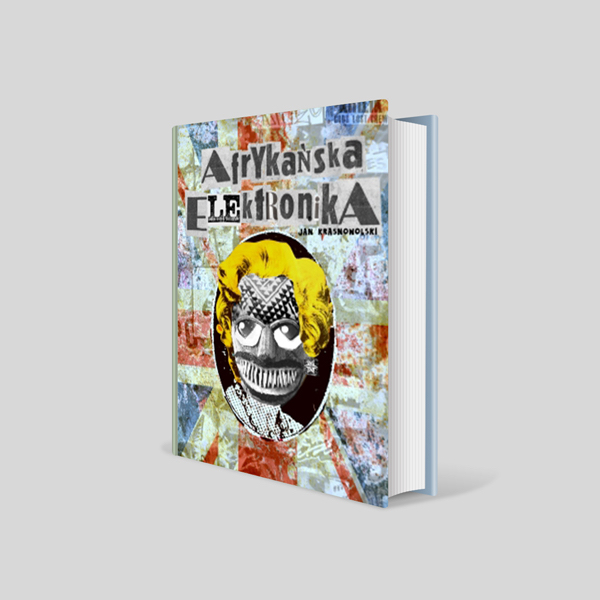 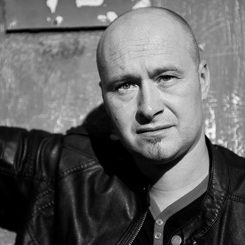